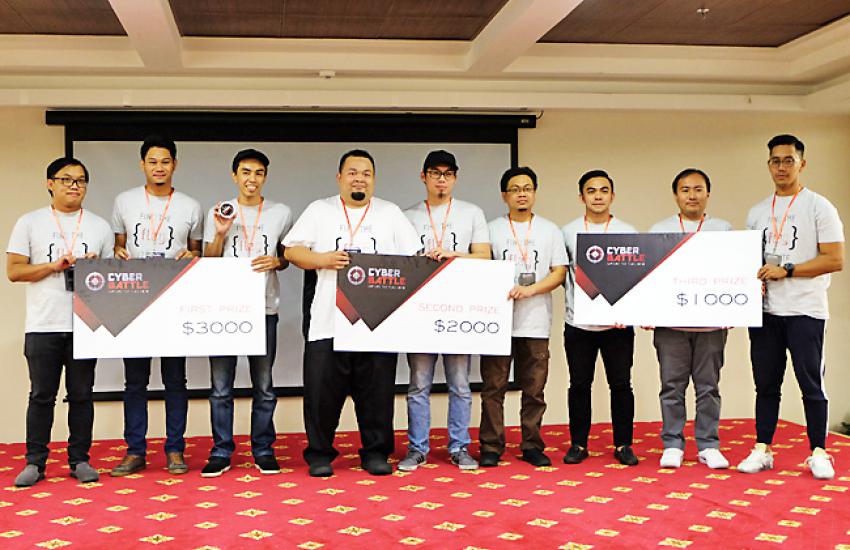 Photo file above winners in a group photo with their cash prizes. – AZARAIMY HH

The qualifying round was held on July 29, and the final top 10 competed yesterday in an event at Wafa Hotel, Annajat Complex.

The competition was won by Team \x00 (pronounced Null Byte), walking away with BND3,000 cash prize after scoring 575 points.

In an interview, ITPSS Head of Research and Development Ariffin bin Sabli explained that the Cyber Battle competition was also a platform to build people’s interests in the field of cyber-security, as an effort towards capacity building in the country.

He said since the competition was introduced, interests among locals on cyber-security skills have been apparent.

The jeopardy-style ‘Capture the Flag’ was competed through solving challenges in cryptography, exploitation, digital forensics and packet analysis.